Offering space for 1,000 new students in health sciences and advanced manufacturing is the new $100-million, 260,000-square-foot Health Science Education Center at Harrisburg University of Science and Technology. Kinsley’s Steel division supplied 2,800 tons of structural steel and 2,400 squares of metal decking for this 11-story building at the corner of South Third and Chestnut Streets in downtown Harrisburg, Pennsylvania.

After being postponed a year due to COVID, the team refused to be the reason for any future delays on such an important addition to the community. We began detailing, engineering and procuring material. At that time, the drawings showed only the skeleton of the building, which led to near-Steeling the Dealconstant design changes and required purchasing to get creative. “Sometimes we made rolling dates, other times we bought from stock houses. Our purchasing department is resourceful. They know how to get what we need when we need it,” said Project Manager
Glen Williams. 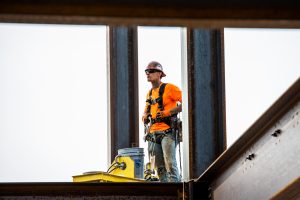 Fabrication was the second hurdle. “The fab shop was frequently in a hold-release situation,” said Glen. Numerous pieces of steel sat “in line” but incomplete due to design changes and delayed contract modifications. “It really slows down the efficiency of the shop and creates piles of partially fabricated steel. However, between purchasing and the fab shop, all material was on the job site when it was needed.” 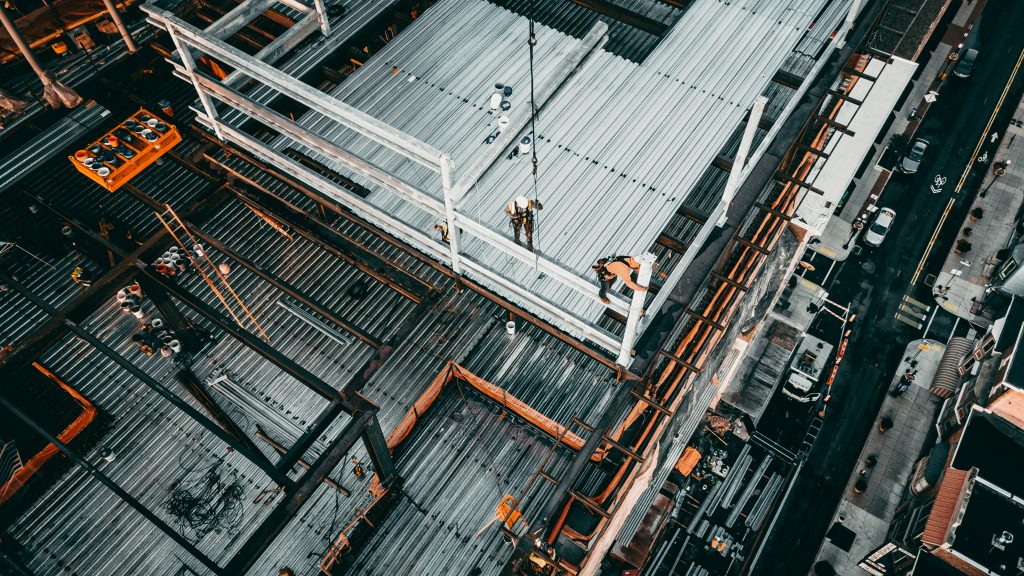 Things didn’t get any easier in the field. The crew definitely had their hands full between the unique 17-foot-tall by 70-foot-long truss that holds up the building’s “eyebrows,” the custom “W” shapes, and the various hanging columns that created two-story atriums on every other floor. Most general contractors prefer to sequence the building one floor at a time, but because of the structure’s location and the tight site, we had to separate the building in half and sequence the steel three stories at a time for each section. We utilized a 3D Tekla model throughout detailing to minimize field modifications to the hanging columns since they affected the joists for the floor above.

Those guys worked 10- or 12-hour days and sometimes Saturdays during the hottest months of the year. This project wouldn’t be a success without them sacrificing time with their families. – Glen Williams, Project Manager

When asked about his teammates in the field, Glen couldn’t say enough about his level of respect for them. “Those guys worked 10- or 12-hour days and sometimes Saturdays during the hottest months of the year. This project wouldn’t be a success without them sacrificing time with their families.” When asked if there was anyone he wanted to mention, he immediately thought of Superintendent Victor Hernandez, saying, “None of this would be possible without him. He is well-respected in the field and in the office. His knowledge on the means and methods of steel construction combined with his ability to adapt and overcome challenges is impressive, to put it mildly.”

It may not have been easy, but the team certainly pulled off a successful project delivery. Completing erection three weeks early, the new Health Science Education Center is on track for its 2023 completion. According to Eric Darr, president of Harrisburg University, this project has advanced educational laboratories that will transform local health care. Its unique simulation labs and advanced research spaces will better prepare students for a pandemic and help to solve the region’s desperate need for healthcare workers.